TCI Cutting has established as the leader of the Fourth Industrial Revolution for its high investment in innovation and its digital transformation, not only of its products but also of its business model. 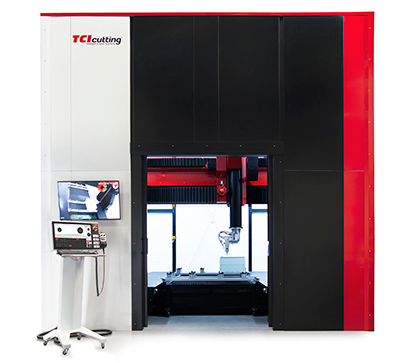 The innovation in investment is one of the priorities of TCI Cutting, which every year increases its budget for I & D & I to remain the leader of the European market and reaffirm its position in others like the American or the Australian market. TCI Cutting maintains a close collaboration with the Universities and Technological Institutes, with which it develops important innovation projects. Currently, the team of engineers of TCI Cutting develops, together with the departments of automation and electronics, vision and mathematics of the AI2 of the Polytechnic University of Valencia, a project to achieve the artificial vision of precision cutting machines that designs and manufactures in its facilities in Valencia.

TCI Cutting is a pioneer in the development of precision industrial cutting machines in 3D. His last bet goes through the technology of additive manufacturing, one of the most outstanding advances of Industry 4.0 to fully digitize production processes, thus improving the performance of companies, with a reduction in time and greater efficiency. Additive manufacturing is an inherent concept of the Fourth Industrial Revolution because it enables the hyper-personalization of the manufacturing process, maintaining costs and even reducing them. The methods of manufacturing by addition, like the 3D printing, allow to produce small batches of products on demand, with a certain number of equal pieces or all different ones. 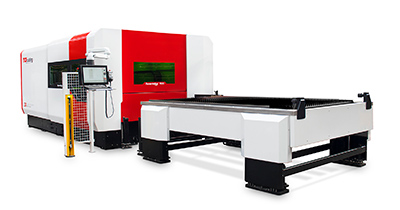 These systems, which consist of adding layers of material to achieve the desired shape, reduce logistics costs, as well as the stock circulating or transport distances.

Additive manufacturing is applied in a wide range of sectors, from industrial to aerospace, for which the precision of the cutting machines that TCI Cutting designs and manufactures is the most important. Among the clients of the company are giants of this industry such as Airbus.

That way, TCI Cutting is among the 13 percent of worldwide companies that have a structured and integrated digital transformation plan with the creation of PROmanager that digitally connects all the elements of the company to achieve control and total optimization of each process, from the control of stock, client and suppliers until statistics of performance and Smarttouch, the new interface offering all functions to manage the machine. It incorporates the possibility to change and program cutting parameters, allows constant controlling of the peripherals, consumables, etc.

The investment in I + D + I and the digitalization and automation of all production and logistics processes are two of the columns on which TCI Cutting establishes its growth and at the same time have served the company as a competitive advantage in front of other companies in the sector.

TCI Cutting was the first Spanish company to design and build precision industrial cutting machines with the three most outstanding technologies at the moment: waterjet, laser and HD plasma. The company’s international expansion is growing at a dizzying pace and the goal is to double productivity and turnover in a couple of years. With that goal, TCI Cutting is currently in the process of expanding its facilities, which will be dedicated to the manufacture of high-tech lasers.